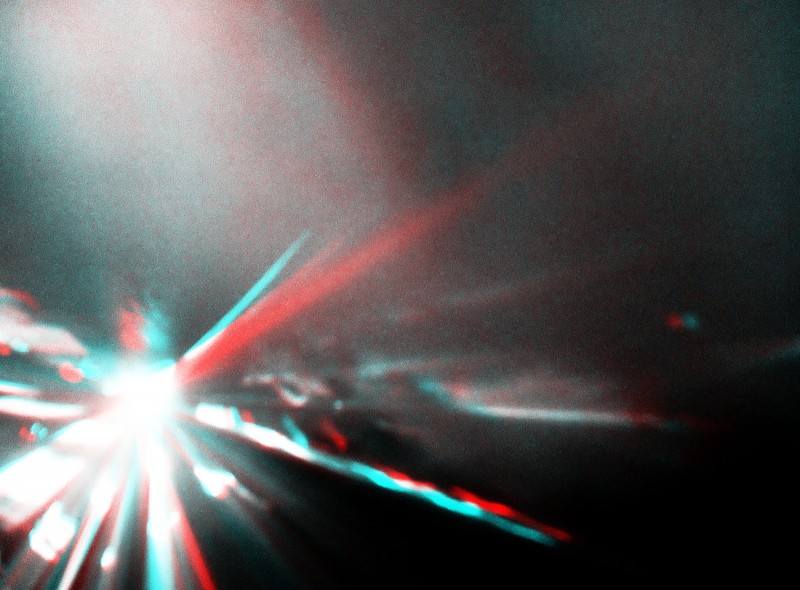 I was asked to write a guest article for a new Filmmaker Magazine column called “Shooting with John” (a subtle knock-off of the classic/amazing “Fishing with John”) — the idea was to give a group of filmmakers an opportunity to talk about the why’s of making their relative art. So, naturally, I wrote about 3D. The multi-talented John Yost also produced a companion video piece where we shot skeet (with John… hence “Shooting with John”), which I’ve included at the end. Here’s the article’s original link. Enjoy!

John has graciously given me a chance to tell people why I do 3D, why I ACTUALLY do 3D, to write something beyond the technical babble that typically highlights any in-depth discussion of 3D or the snark that informs any “3D, Ugh” diatribe or the relative silence from my fellow indie community. I’ll do my best to talk about 3D in a way that I haven’t heard often… less a technical piece (or 3D ugh-fest), more an honest ramble on independent artistic creation. An ode, if you will.

It’s a shame to start like this, but to get it out of the way — I’ve written a bit about 3D haters before, and I know you’re out there. And I agree with you, sometimes: a lot of 3D sucks and a lot of it is gimmicky. But this isn’t an article about that, and so I’ll let my last public words on 3D act as primer. But in the spirit of openness, I also must admit that YOU have a large part to do with my drive, my need to make this happen. I want to win you over. I can’t speak for the other filmmaker/artists out there, but there’s a definite me-against-the-world thing going on: you face so much uncertainty, so many no’s, such long odds of actually creating your art in this industry, that one can’t help but build a selfish little bubble as a shield against That Which Doesn’t Matter (while it always kinda does). I’ve never quite understood anti-3D vitriol — lets all just make art, man — but the noise and the negative energy is real. I’ll nevertheless let my own positive energy be my guide and hopefully you’ll find reason to join me inside the bubble.

That being said, I’m in the thick of a multi-year transition into 3D art/photography/video… a kind of artistic paradigm shift. This is not to say that I’ve given up on 2D — I still love it, just like y’all — but it is to say that I’m all-in. I’ve been shooting exclusively in 3D for a couple years now (mostly stills, but I’ve got a ton of stuff being edited down for various projects and about a zillion GBs of 3D footage that you’ll probably never see). I’m still most definitely a youngster in the 3D game, but I’m going for it: I’m in the middle of helming an ambitious indie project called MAX & CHARLIE, a combined 3D feature film/3D graphic novel/3D video game, all built around the same surreal/magically-real “children’s story” that I wrote (we just finished the graphic novel’s oh-so-lovely rough draft; the film and video game are in pre-preproduction).

And so my life is literally entrenched in 3D: 2D to 3D conversions from this upcoming graphic novel cover my walls; cases of thousands — literally, thousands — of anaglyph 3D glasses are all around my room (among too many other things, I run a little goodwill biz called FREE 3D GLASSES DOT COM). I find anaglyph prints and 3D glasses everywhere in my life… crumpled pairs at the bottom of every bag, in my laundry, in the most random places you can imagine. This is all just to say that I’m about as deep into the 3D rabbit hole as an indie filmmaker/artist can be. 3D is my life right now… and yeah, that kinda weirds me out too.

It’s hard to explain how something just clicks, explain that moment, that click, how it fits in with everything else in your life. How I’m desperate to show people some of the beauty in what I find beautiful, to take people on a nice little adventure through their eyes, with their eyes. How I want to show people some heart with this first one (MAX & CHARLIE), so that I can start showing some of the darkness, start taking names (in my next series of projects, that is). How do you explain how badly you want to get there?

I’m constantly yammering about 3D, telling people about my love for it. I talk about the potential for experimentation, the loveliness of subtlety in 3D, how things don’t need to fly out at you or live up to any cliche of Big Budget 3D… that there’s beauty in the simple interplay of planes. The subtle interplay most especially: the space between branches; the light and dust and chaotic imperfection that fills space; the darkness between trees in a night forest. There’s so much feeling in that space: in the way light refracts off of two lenses and combines into a singularly wild flare; in the little unease it puts in my stomach; in the way it sucks me in and allows my eyes to explore the frame, to not just pan across images, but to also focus across an image. I love it because it makes me work — and holy moly can it be a pain to create — but I can’t get enough of it. Because I know that feeling it can give: a wholly singular sensation of flying through the world, of awe in movement… Of being a part of this grand performance, somehow yourself an avatar of the director’s vision.

At least that’s what I’m trying to create. And I know a lot of the 3D you see these days isn’t so artistically inclined, but that will change. Sooner or later, the technology will be ubiquitous and 3D will be easy to make. Give it 5 years, maybe 10, but it’s well on the way. You’ll see…

For now, it’s not easy. It’s not ubiquitous. And that’s fine. I’m happy to do 3D for myself and those guys I know, those aging 3D cats whose eyes long ago shifted to that third dimension. My 3D mentors, their “commandments” … their far-out experimenting back in the day when things actually took TIME to create, to execute, to cut and draw by hand, to develop in a darkened room. I want to give these guys their due, to show them modern indie success based upon their struggles, their lessons. I want to show them my own struggles, show them the new cameras and technology I’m playing with. And just as they did, I want to help usher in a renaissance of people passionate about good 3D. Because I love it, and I want to share my love.

… Because my head has always been in the future, perpetually in those matte black clouds, thinking about Next and Machines and evolved artificial intelligence and networks of chaotic interaction. Patterns. Because of 3D ARGs and autostereoscopic tablets and Google Glass and personal holograms. Because of parabolic technological advancement. I know it’s coming. I see it happening. And I want to be ready for it.

My mind is this nebulous conjunction of science and art, and 3D sits firmly in this uniquely lovely intersection. I come from a science background and I’ve spent my artistic life deep in the code of digital creation… I’m a nerd to the core, but I have these visions, these things I want to show, these things my mind can see and wants you to see. 3D gets closest to how they look inside…

… Because I’m a visual guy and I like pretty things. I like abnormal, rough, modern. Because I like scrutinizing tableaus and dissecting scenes and layouts and compositions of straight lines, curved lines, color, texture, “space”… examining the interplay of objects, strokes, movements. Layout. Information design. I love all these things, playing with and thinking about and creating these things…

But I reflect on the shift of my “eye” as I get further and further into 3D: rather than looking at flat composition — seeing triangles of interaction between elements — I’m seeing them in their distinct plane of relative space, their dimension. I see those triangles as oblong pyramids, I see the texture between space, I find composition in the interplay of dimension. It’s slowly but surely changing the way I look at the world. And I like that.

I make 3D because it continues to blow my mind. And I like getting my mind blown.

I was babbling to a friend about 3D in a bar the other night and paused to collect my thoughts: I looked through the front windows — the sun was down and the night sky well-settled — and out the window stretched the reflected lights of the bar itself. The lights themselves were physically inside, but their reflection made them look as though they stretched into the street beyond the window. This is an image you’ve seen infinity times in your life, a simple trick of binocular vision that makes things a bit bizarre in dimensional space: little reflected holograms of light floating where they weren’t. And you probably wouldn’t notice it or make any special note. But THIS is what I think is so cool about 3D: things can get a little bizarre. And capturing that abstraction is foremost on my mind.

Philosophical arguments aside, we forget this weird barrier between our physical bodies and our consciousness: our fleshy parts somehow translate the world into thoughts and pictures and feelings and actions. I can’t help but feel like vision is one of the crazier mind-body phenomena we have, and 3D is one of the only visual mediums able to accurately portray a “phony” reality, a singular art form that can somehow trick you into a truer perception of the world as it “exists,” albeit inside its own flat diorama. Its very nature is to fool you. It wants to play with your eyes, your perception. And so do I!

And so all these things combine within an already entrepreneurial Self, and of course I’m trying to create properties that can support a sustainable modern media business. I want to do it my way. And I want it to be bleeding-edge, fresh. I’d be lying if 3D didn’t intrigue me as a business proposition, but it’s not why I do it. It’s a potential bonus (or also maybe not), but I do it because I’ve fallen in love with it.

… And for all these reasons and more, I want to help YOU fall in love with it.

A lot of what I’m doing now is to get ready for a few years from now. I shoot something new/ambitious for myself in 3D every month, trying new things, new technology, getting better. Experimenting. Being selfish and not showing you any of it. You probably won’t see much of this stuff for now (if for no other reason than not having glasses), but I’ll keep doing it. Because I’m thinking about the far future, and I’m thinking about how cool it can be. How cool I can help make it. And for that, for now, it means slowly mastering 3D. And trying, ever so bluntly, to blow your mind in the meantime.